Starting in 2011 we are using crop-wild progenitor species pairs as our study system. Here you are pictures of several of the experiments we have set up using that system

June 2018: an extensive experiment looking at growth dynamics across the domestication series of durum wheat 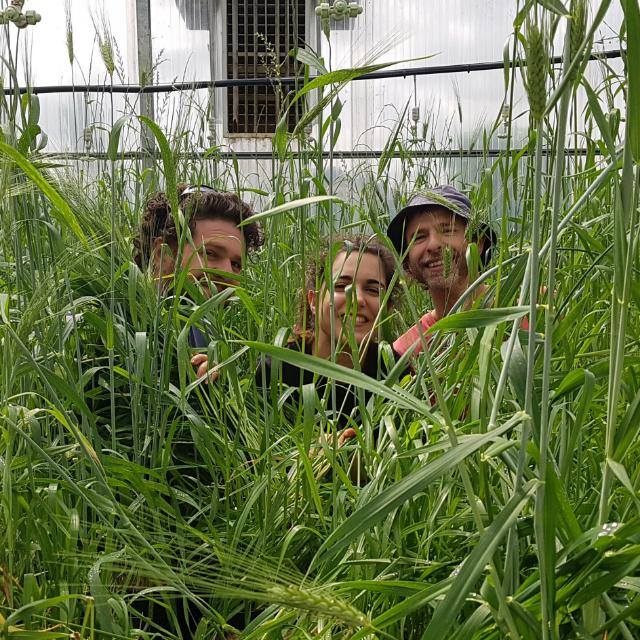 ​Spring-summer 2017: an experiment examining the role of crop evolution on the capacity of polycultures to over-yield 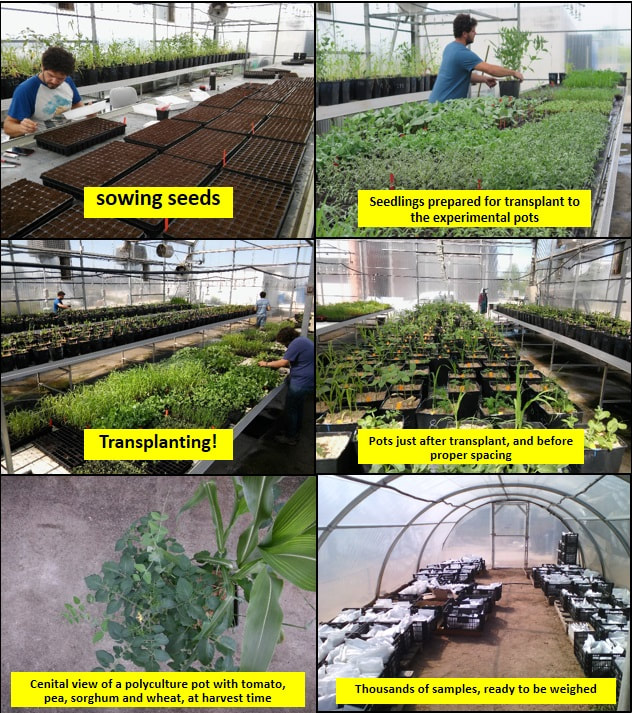 ​Dec 2015: Time-lapse pictures of leaf litters of wild and domesticated genotypes decomposing in a mesocosm experiment. 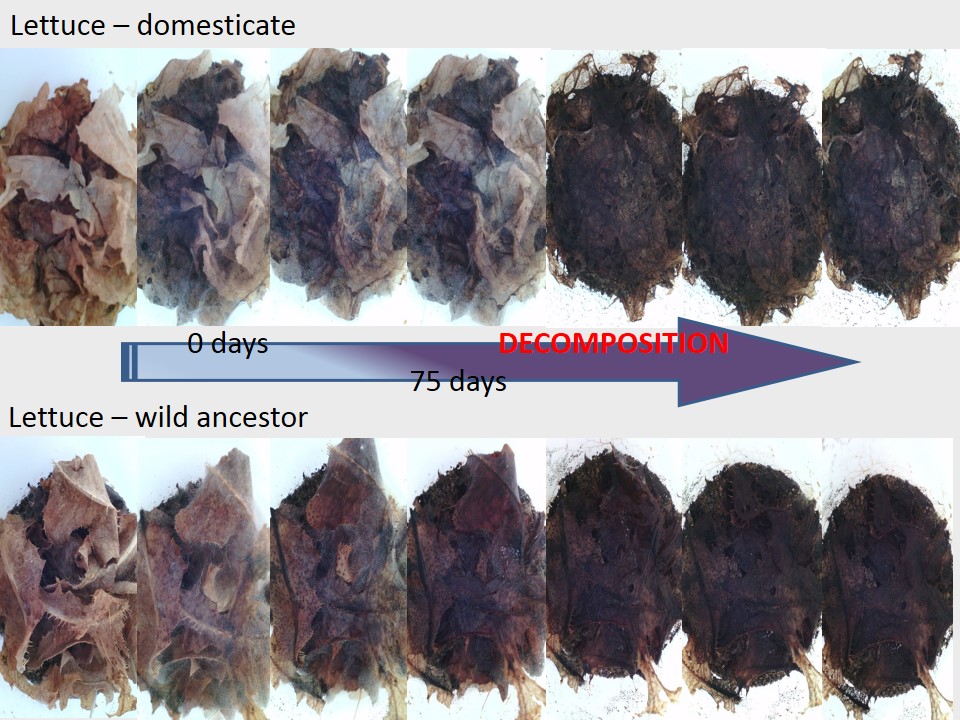 ​Jun 2015: Different stages of a 2-year experiment, examining how plant-soil-feedbacks have evolved under domestication 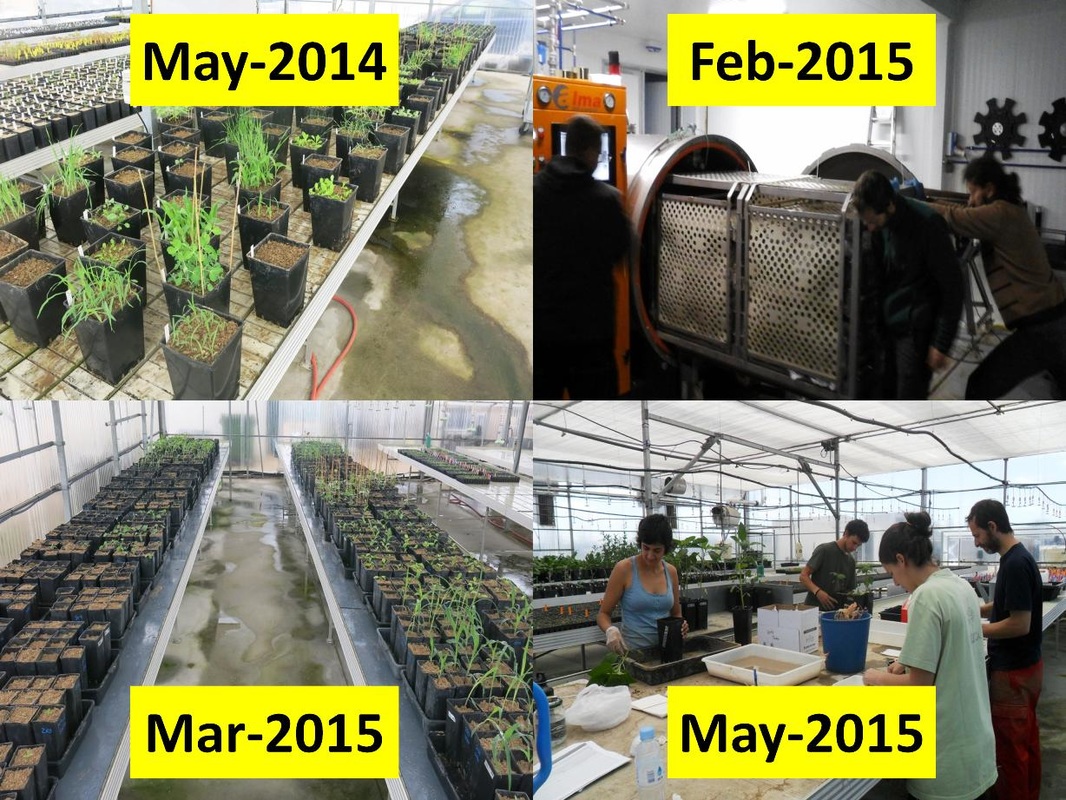 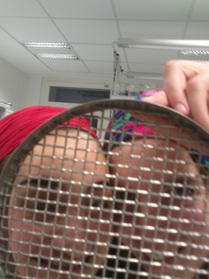 Sept 2014: today Nieves is flying out to Berlin, to discuss and elaborate the results of her domestication vs mycorrhiza experiment in the lab of Matthias Rillig. Have fun Nieves! 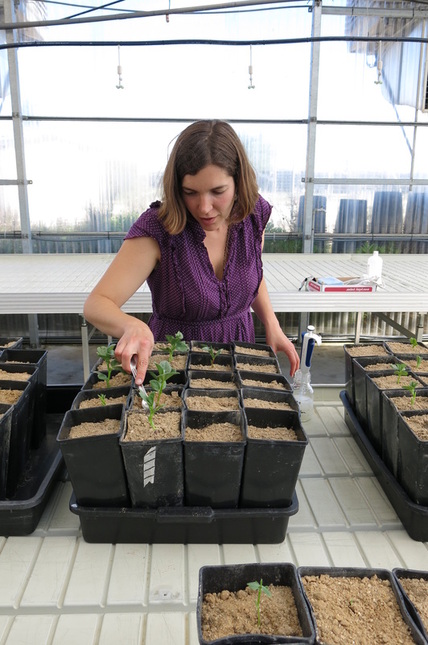 May 2014: Marta working on the rizobia vs domestication experiment 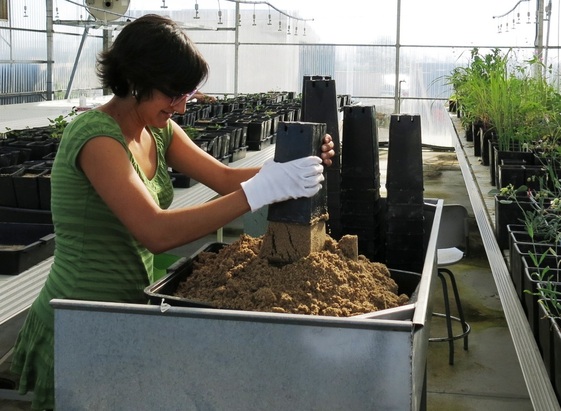 Early 2014: Nieves preparing pots for the mycorrhizal inoculation experiment of crop species and their wild progenitors 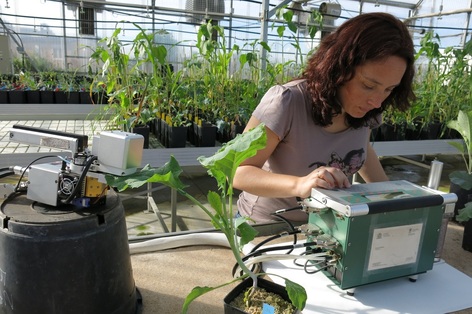 April 2014: Silvia measuring gas exchange in a leaf of Brassica oleracea in an experiment examining the effects of domestication on phenotypic plasticity 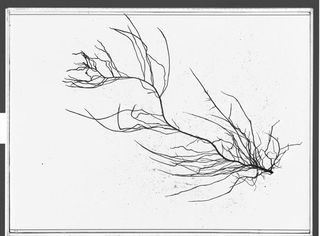 April 2012: scanned image of a seedling root system of Cicer reticulatum. In 2012 we performed an extensive screening of root traits of ca. 25 pairs of crop-wild progenitors 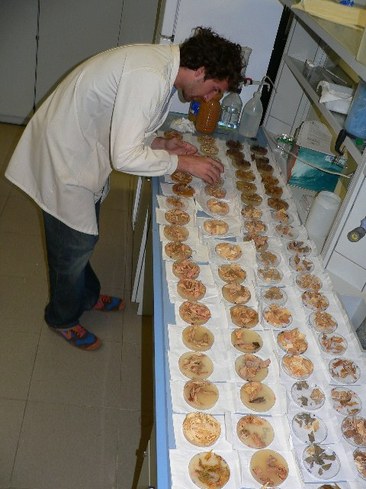 March 2011: Pablo setting up his litter decomposition assay, where we found out that decomposition occurs much faster in crop species than in their wild progenitors (pdf here) 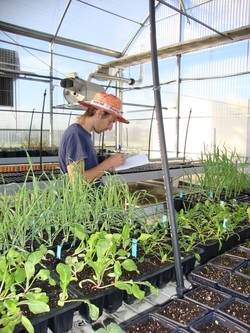 Rubén in early 2011, taking notes on the seedlings of crops and wild progenitors that we later used for performing an extensive leaf and shoot trait screening in our study system 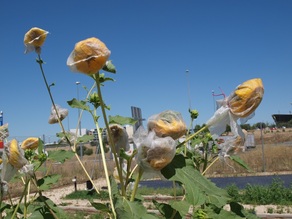 ​Spring 2010: The earliest stages of the project, when Sonia, before becoming a lichenologist, spent a full season multiplicating seeds and figuring out how to set a common garden out of 30 disparate crop species and wild progenitors 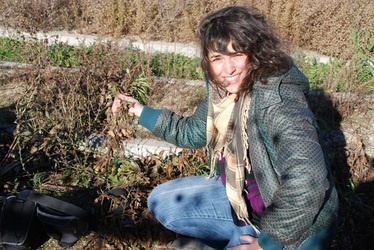